The cloud has been around for quite some time now and while there are those who have embraced it with open arms, there are still some people and businesses that do not quite trust it. The reason for this may be because they feel uneasy about storing important data somewhere they cannot see or touch. However, it seems that the cloud is slowly but surely gaining the trust of people and businesses. If you, too, are thinking of storing important data on the cloud but aren’t quite sure if you can trust it or not, below are some cloud computing benefits that might just help you get over your trust issues. Some Benefits to Consider Below are the reasons you need to keep in mind if you are debating whether or not you will use cloud technology for your business or not.

•  Cloud computing helps lower IT costs. This is one of the main reasons companies choose to place their trust in the cloud. After all, when you are given the chance to lower your CAPEX, you have to grab it. In fact, this benefit can be split into two other benefits. The first one concerns capital investments—you can start out small and expand as your business does. The cloud increases to fit you. This brings you to another benefit in which you do not have to worry about IT infrastructure in the event that your business grows. The cloud will grow with you.

•  Cloud computing frees up resources. Another reason you may want to rely on the cloud for your business is that it frees up your resources and not just financially. There are other resources that can be freed up once they no longer need to be on the watch over complex in-site IT infrastructure. What these resources are, it varies from company to company, but there are some common factors. For instance, your IT staff can now focus more on customer issues so customers and employees can enjoy a seamless and hassle-free experience. Higher management specialists can rely on cloud service providers to handle any IT related issues.

•  Cloud services are reliable. Perhaps this is one of the cloud computing benefits that will finally convince you that you need to rely on the cloud. In the beginning, people were leery of this since there were so few data regarding its reliability and security, but it has been years and years since the cloud came to be and it has more than proven its reliability. These days, cloud computing service providers are now looking for even more means and ways to secure the cloud for the peace of mind of their customers. In fact, some of the biggest cloud service providers of these days are extremely big names in the industry.

It really is a good idea to move to the cloud especially if you have a business. You can trust the cloud as long as you know which services to go for. Choose wisely and you can enjoy massive cloud computing benefits. Have a look here for other reasons to invest and trust the cloud.

Are you one of those people who still cannot trust the cloud for your personal and business needs? If so, would you like to share this with others so they can help you become more open to it?

cloud computing was a major buzzword. These days, it is no longer the buzzword that it once was but it is still pretty popular and more and more people are starting to use the cloud. If you have not yet embraced the cloud, you are missing out on technology that has the capacity to change your life.

What is the reason for your reluctance to embrace the cloud? Maybe it is because you do not have a clear idea of what it is and what it can do. Perhaps it unnerves you to use technology that you do not fully comprehend. If this is indeed your reason in avoiding cloud computing, then sit back and relax because you are about to get a crash course of it.

1)  The first thing you need to know is that there is no real “cloud” and it is just a metaphor they use to refer to data networks located in other places. These data networks can be accessed if you have an internet connection. The name might suggest that your data is floating somewhere in the cloud, and certainly, graphics depicting the cloud allude to such things but this technology has nothing to do with the stratosphere – and no, bad weather cannot affect the cloud unless it cuts your internet connection.

2)  As a private individual, you can make use of the cloud in a variety of ways and you do not even need to pay. There are many free cloud services you can use to store your personal files and you can even use them to share data with your family and friends. One cloud storage provider, Dropbox, allows you to make links of the files in your folders so you can share it with different people. What is nice about cloud storage is that you can access and even modify your files wherever you are and whenever you want. All you need is an active internet connection and you are good to go.

3)  Cloud computing is not just for private individuals since you can also make use of it if you run a business. As a matter of fact, most small to medium sized businesses are moving their data to the cloud since it allows them to be more efficient and also save money in their business processes. If you are a small business owner, you can move your data and other business needs to the cloud and not have to worry about getting your own data infrastructure or hiring an IT team.

4)  When it comes to security, the cloud happens to have that covered. You are usually given a password to your account and it is up to you who you share it with. If you check your email daily then you have some idea of how the cloud keeps your data secure although you will want to make sure that the company that provides your cloud computing service is also top-notch.

Ever since the 1960s, when John McCarthy proposed the idea of utilizing the computation system for public usage, cloud computing technology has been developed through many phases so that a software technology can perform as a service to the public. However, John McCarthy was not the only one who had been instrumental in providing the world with one of the best gifts that mankind can ever have. Rather, J.C.R Licklider’s vision of connecting the entire world’s computer system through a technology that any person from anywhere on this earth can be able to save, put a back up and access to all the data and documents on their computer as well as the computers of others has revolutionized the Information Technology industry and connected people and made data available no matter where they are.

What is the purpose of cloud computing?

There have been several arguments as to what cloud computing is all about and what it really does. Although the very popular arguments are that it is a server that facilitates the security, safety, backup and storage facilities, in a broader aspect, anything that happens outside the domain of computer is known as “cloud computing”.

As the IT industry has a huge workload regarding their software systems so that all the functions can run smooth and all the information and analysis and data are in perfect safety, therefore, it costs every company a huge amount  just to maintain a separate IT department. The purpose of cloud computing is that it will reduce the cost of the IT maintenance department of any company or institution to ensure that whenever you need a backup for your data, or need to have a license for your software, it will all be available to you virtually anywhere and in the safest and easiest manner.

What do you get when you hire a cloud computing backup?

When the user hires a cloud computing service, it is the online backup that they have actually opted for. Instead of having the user or the company go for an individual software licensing for all the programs that were run by the user, a cloud computing will provide the user with an interface software that, once loaded to the computer, does all the work remotely. Whether it is the e-mailing or adding space to store more data or developing high-speed bandwidth, cloud computing is a perfect solution to the entire software related problems. The best part is that the user or the company do not have to employ new employees or new infrastructure for the company and thus the cost gets reduced.

Why should you hire a cloud computing agency?

One of the many reasons behind cloud computing is that it will filter all the spams from entering your e-mail inbox. The entire department of software infrastructure can be controlled through the cloud computing system. As you can avail this service at a very affordable price, at a very little cost of about $7 a month or a flat rate of $50 per year on an average, cloud computing is the best option.

It has become a widely known and accepted fact that the technology has managed to take over and change man’s professional outlook, especially that of business completely. Internet and technology has completely revolutionized the way in which work is done and looked at. And cloud computing can be said to be one of the many facets of technology that is fast becoming a trend among organizations.

The Concept of Cloud Computing

The first question that the mind buzzes with here is what exactly is cloud computing? What is it all about? To put it in absolutely simple terms, one could say that it is just another variety of computing – the operating mode of which banks on the sharing of “computing resources“, instead of allowing local devices handle applications.

The concept would be easier to comprehend if one splits the term into two parts. The word “cloud” that has been clubbed with “computing” to derive the resultant phrase  can be considered a metaphorical reference to the internet, thereby, coming to mean a system of computing that uses the internet as its base – by application of various kinds of services, such as of storage, servers and applications made available to the devices of an organization by means of the internet.

How is Cloud Computing Different from Traditional IT Services?

Cloud computing is an altogether different deal from the traditional IT services. How so? In the case of traditional IT schemes, organizations are the owners of the licenses of software and hardware, with them outsourcing certain development of applications to a third person. In this case, the means of achieving the end becomes quite significant an affair , but with the progress in the field of technology, things have begun to change its course – focusing only on the output and not on the way the output is achieved. With the introduction of cloud services, the clients are now more focused not on the hardware and software used, but on the service they received and the output they produced. 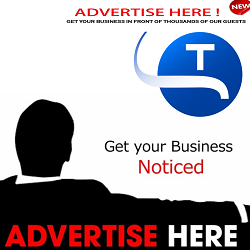