This week ended with an Acer Aspire One notebook Windows 7 Starter disaster recovery.

Well, actually it was one of those $199 notebooks that was hardly worth the recovery of the hardware, but the data that was previously on the notebook was definitely worth a lot more than the value of the hardware. The Acer Aspire One notebook hard drive crashed just after 1 year from the purchase date. Freshly out of warranty the big contemplation began. To buy new or not to buy new. With 2.5″ SATA hard drives priced at about $80 and no recovery disks one begins to teeter towards replacing the unit at a fresh $249.

We searched high and low for a used 2.5″ SATA hard drive. It was extremely difficult to find anything used that was closer to to the 100GB without sacrificing too much speed. The Acer Aspire One sat on a shelf for almost 2 years until the need or should say the nice to have notebook became more of a necessity. So the project of reviving this unit began once again.

The original hard drive was 160GB which was more than plenty of space for an avid user and with our base online backup of 500GB priced at $24.50/year, one would sure never to need more space for the online backup. The smallest new hard drive we could locate was 500GB. At $90 + tax and another $50 for an Acer Aspire One restore disk we were off an running. Well, the tech at Futureshop gave me a one final “goodluck” comment as he watched me turn and walk away, I began to think… does he know something I don’t know or has he been down this road before? In hindsight I should have taken that comment and opted for his expertise to restore the operating system. Now that it is complete I look back and think that for another $50 (or $190 total) I could have had it done by the experts. While now that I think about it, not much of an expert that watched me walk into a brick wall after I left his store.

After launching the restore disks and repeatedly having to restart because Windows wouldn’t get past this popup message.

So I began my online research. Ok folks, I’m a techy, and some of you may have experienced this before but it took me a while to figure out and this lesson was learned deeply so that I will never forget.

So many people have actually had this problem before much to my surprise as the forums were littered with suggestions of how to get through this hurdle of restoring windows on this Acer Aspire One notebook. I knew I was in too deep at this point because even if I attempted to back out, I may have been able to return the hard drive but I think I would have been out of luck with the copy of restore disks. Most likely they would have accused me of making a copy and trying to return them. While I couldn’t clone the hard drive, there were at times where I would have returned it to its basic building blocks of sand from the frustration.

I finally located one article on a blog post that provided the best instructions as of yet, click here to read the step by step that I found but only after you finish my story to see how it ends. While the restore disks I received were for Windows 7, it didn’t allow you to select which version of Windows 7. This Acer Aspire One notebook must have some kind of hardware encoded feature that would only allow it to have Windows 7 Starter installed on it. The full version of Windows 7 that the restore disks was attempting to install just would not run. In hindsight now knowing this the restore disks were completely useless to me. So began the route to rebuilding the operating system from scratch and abandoning the restore disks. I highly doubt I could qualify for a refund for those, I should have never bought it, never needed them in the first place, now I know… darn lessons always cost money!!

After trying every suggestion I could find online, the last one worked. Doesn’t the last one always work? I downloaded Windows 7 Ulitimum x86 32-bit ISO. Burned it to a DVD (20 minutes). Then attempted the install and watched it crash at the same point. I tried to load Windows XP SP1 on the notebook and watched it fail. It seems to fail at the exact same point regardless of the version of Windows which tells me that the hardware is encoded with something. The tech from the store also told me that increasing this notebook to 2GB of RAM from 1GB would be useless because Windows might not even recognize it. What a load of crap! Ok, I’m venting but the thing is, my Windows 7 Home Premium uses 4GB of RAM and is hardly enough, so how could 2GB be unrecognized? Just to test to see if 1GB was sufficient to load Windows 7, I swapped the 1GB of RAM with a 2GB DDR ram chip I had laying on my desk. I had the same problem. So now I knew that it wasn’t any version of Windows, wasn’t a RAM issue and since it had Windows 7 Starter on it before it must have worked with 1GB of RAM. Finally moved onto the next step. I downloaded the suggested utility called eicfg (read this post, it is awesome!) that would modify the ISO to enable the selection screen to choose the version of Windows during the install. I selected Windows 7 Starter from the option list and then watched the remainder of the install work perfectly. Well, by this time I think I was into this notebook for about 4 hours and for an additional $150 I could have had a brand new unit, but hey I earned myself $30/hour (in savings) and learned a few things about Window and these mysterious OS reloads.

Now with Windows re-installed my last worry was what else was I missing from the Acer restore disks. Well, as it turns out, nothing. The Wireless Network card was detected and worked perfectly. The integrated Web-Cam worked perfectly without any additional software. Acer.com has a really great software driver download site. After entering the SNID of the notebook it gave me all the driver software I could have needed, but instead opted for the NEW drivers update software utility. Downloaded and installed and automatically updated all the drivers.

The rest of the software that we normally add to a build including Microsoft Security Essentials, Skype, Firefox, Microsoft Office, GoToAssist for remote control support and TAPNET Online Backup was all downloaded from the web. I think this notebook runs better and faster now than it ever did. The final steps was to download all the Windows updates. There were many and it took all night on auto-pilot to get all the updates, but it is now done and the unit is back in operation. 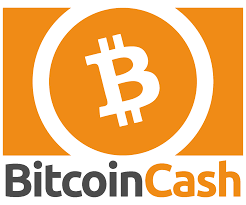