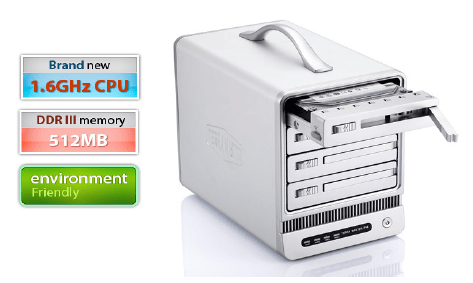 The multimedia application solution of F4-NAS provides new experience for users. The UPNP media server can support a series of media players, such as: Sony, PS3, Microsoft Xbox 360, ETC; It’s also compatible with HD A/V media players, output the A/V files to TV with high definition; The users can manage download task of BT/FTP/HTTP against F4-NAS remotely through network, only needs to work with software of WEBDAV that can be downloaded from Apple store and Google Play.